Distinguishing the symbols and icons in this game is quite simple but also extensive so a comprehensive explanation is needed.

Starting from the symbol for wood, the wood goes further in processing into a sawmill and can be further used for making carpentry.

The symbol for sugar beet and sugarcane which are of course processed into sugar. Here we also have olives, sunflower, and canola which are used for oil production.

The symbols wheat, barley, oats, and sorghum are quite self-explanatory and are used to produce flour, and barley can also be used to make serial. Cotton can be used to make anything related to cotton clothing.

Icons for manure, slurry, and silage can be further used for further production of biological energy, for example, methane or electricity.

The most basic symbols are potatoes, strawberries, tomatoes, cabbage, soybeans, hay, straw, and grass, which are easy to understand.

The symbols and icons in this game are pretty well made and simple and almost every symbol is self-explanatory.

The symbols and icons in Farming Simulator do not change very often and remain almost the same over the years but it is still necessary to consider the changes from time to time.

ALSO READ: Farming Simulator 22: How To Use The Greenhouse 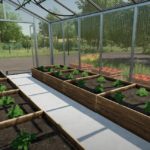 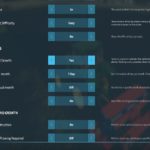