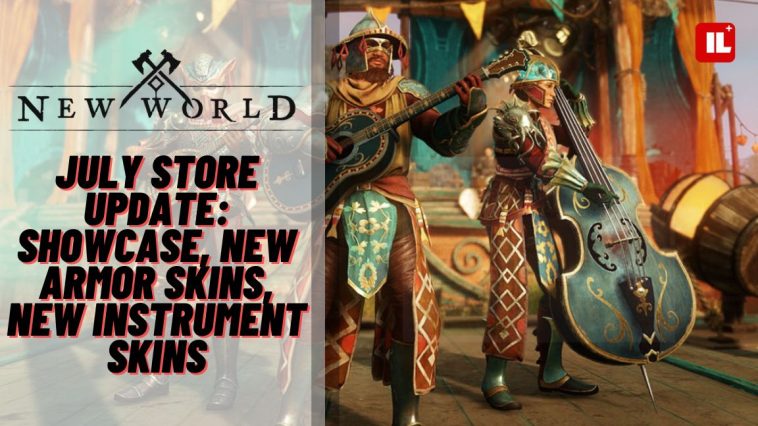 Cash shops in video games can be a hot topic for most people. In MMOs there’s a slippery slope of cash shops turning the game pay to win, while in non-MMO games people just find it scummy that there’s a cash shop to begin with. There are some people who accept a compromise though, a cash shop that doesn’t let you buy any bonus except for cosmetics. No paying for XP or Stat boosts, no pay to win, just pay to be fashionable than the rest. Most Western MMOs take this route, to avoid backlash and negative feedback, but sometimes the cosmetics aren’t even worth the money and effort. So in this guide, we’ll show you the new additions to the July Store Update Showcase in New World and see if they’re worth your money!

Is It Worth The Price For The NEW ARMOR SKINS, NEW INSTRUMENT SKINS | New World: July Store Update Showcase

First off are the new armor skins, and let me tell you, all of the other skins in the new update pale in comparison to the Devil Went Down To Aeternum armor skin. This one is the best looking with all the spikes and skulls you need to complete ¼ of a metal band. There are also other armor skins released like the Horned Hero or the Spiked Shredder that you should look out for!

Next are the weapon skins, and some of them look downright cool. The Sour Note, a great axe skin, is probably one of the coolest in the new weapon set. It’s an axe with spikes, skulls, and a guitar handle for its shaft. A great weapon for a metal head!

With the new instruments in the game comes new instrument skins as well. Keeping with the theme of large stringed objects, this Bone Bass skin for the Bass is probably one of my favorites. Something about the boney fingers wrapping around that nice wooden bass looks so cool.

There are also new Housing Items with a lot of Heavy Metal inspired furniture for your humble abode. My favorite is probably the Iron-Song Painting at the back which shows a guy just drenched in heavy metal and spikes. There are also some nice instrument decorations so that you can show off all the instruments you never learned how to play in real life.

But everything shown so far pales in comparison to the best item in the new store update, the Novelty Dancing Fish Dinner! It may look like a nice little fish dish, but when you interact with it will fly around playing some sick tunes! Yeah, they can’t top this off, this is the peak of the game right here.

So now you’ve seen a glimpse of the huge catalogue of new store items, go out there and spend your money wisely!

READ NEXT: FFXIV: Gladiator Guide | Lord of the Inferno 2022 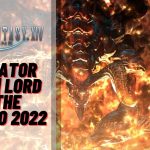 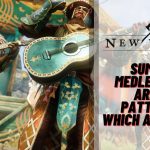