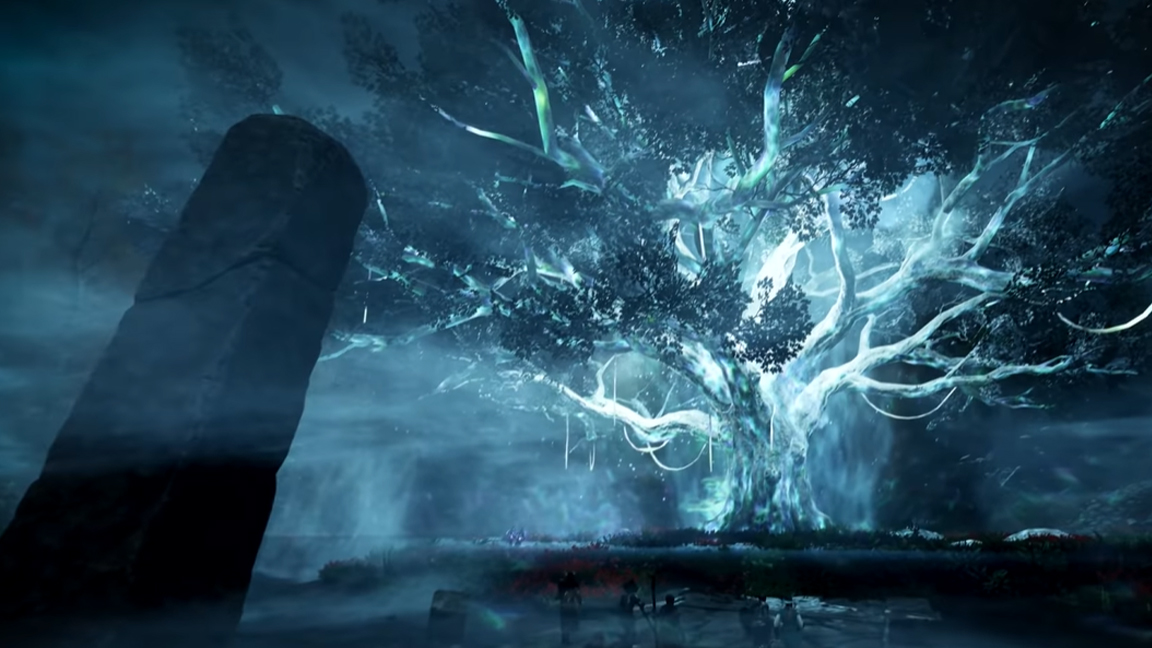 New World is an MMORPG set in the seventeenth century. Join groups and fight other players or monsters to conquer lands and settlements. New World contains multiple puzzles and quest for you to complete and gain rewards.

Play with your friends and battle other players in New World. This game is an MMORPG that lets you craft items and defeat enemies to level up your character. You can join 5 different factions and the main goal of the game is for players to conquer lands and settlements.

As the sole survivor in your crew, you find yourself in a mysterious island, Aeternum. This island is said to be where legends originated.

Here in Aeternum, you will find that magic flowing everywhere, and this very magic affects your means of survival.

The island of Aeternum is huge. You can explore this wide expanse of land and expect for different territories filled with various settlement of players.

Here are the four territories you will encounter in your playthrough:

As settlements grow, players would need to band together depending on shared ideals and goals. Here you will be given a chance to pick which faction would you like to ally yourself with.

There are three factions that you can choose from:

A military force pushing for a nation of freedom

A secret group of intellectuals seeking for the forbidden knowledge

Following the ideals of the chosen faction are companies independently ran by the players themselves. Joining a company will let you take part in wars to colonize settlements or protect your own settlements.

To aid your survival, you would need to learn various skills in crafting. Learning these will not only make your newfound island living at ease but you could also get the full immersion of what living in Aeternum really is.

There are 7 crafting skills that you may want to allot ample time to master. Browse through them one by one.

Diving into the New World

Get All the Honeys!

Avoid the bees and get that delicious honey in all these locations.

Carrots here and there!

The hunt for carrot begins as you explore the land further.

Your recipe tells you to get those cabbages, but where can you find it?

What we need are blueberries!

Find all blueberries in the island and give yourself a nice meal!

We’re looking for Azoth. Where is it?

Azoth is a necessity for fast travel so, we need to take note of its locations.

How to use all Faction Seals?

Faction seals are important items that you will need in the future. Might as well give this a read to help you utilize it once you already can!

One of the uses of faction seals is to increase your armor stats. That said, this guide will guide you on specifically focusing on the seals’ benefit for your character.

Navigate your way around the island by tracking the resources you need.

Upgrade your camp and unlock various features and contribute to your progress in game.

Experience and fully immerse in the game by leveling up your character as quick as possible!

Travel and complete the Trial of the Gladiator!

Complete a mission for your faction by defeating the gladiator!

Travelling by mounts is not a bad idea. What does the developers say about it?