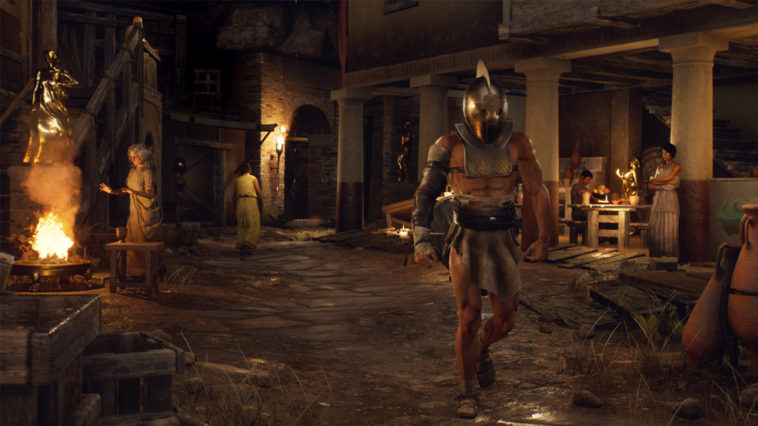 You’ve just started this great game called The Forgotten City and you were just messing around until… Bam! And assassin comes out of nowhere and now you have to somehow stop him, without breaking the Golden Rule. That means: no killing! But he is dead set on killing and you’re dead set on stopping him. Here is the easiest way to stop that madman from killing all your new Roman, Greek and Egyptian friends! And by killing, I mean turn them all into beautiful golden statues.

How To Stop The Assassin – The Forgotten City

On your first encounter with this distressed woman called Fabia, you will learn that there is a man with a bow in the bathhouse.

You can find her right as you leave the market for the bathhouse.

You will have a brief conversation with her and whatever you say, she will end up running into an old shrine that will crush her to death.

You will have to have this conversation and witness her death at least once if you want to finish off the assassin.

Some guy will come and start crying after she dies. Just ignore him and go towards the assassin.

He will come out of the doors, with his cool looking getup, and start talking about wanting to kill some guy that burned Rome. He was personally sent by the emperor Nero. Pretty neat.

You might try to reason with him, or just let him do his thing. Either way, he’ll either attack you or some else on your first attempt. The Golden Rule will be broken and you’ll start the day again. 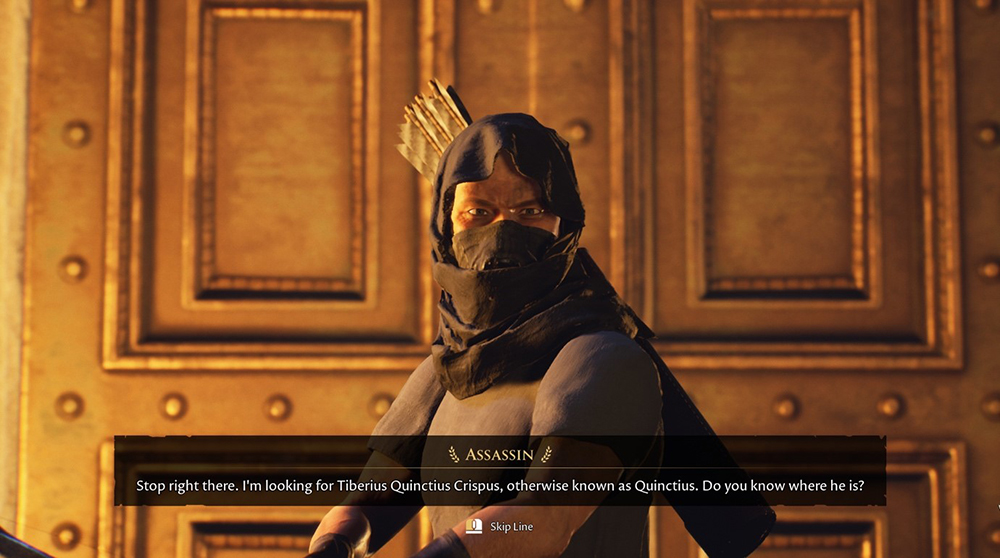 He will now casually advance towards the very brittle shrine and, once inside, will die crushed by the building, as Fabia did in a previous life.

Loot his body to finally get yourself a weapon and also get the bounty notice, since it will help you later in game.

From now on, every time you restart the day, tell Galerius to save Fabia and send the assassin to his death. All will be well in regards to the assassin from now on! 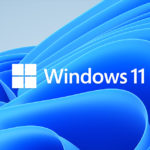 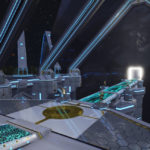